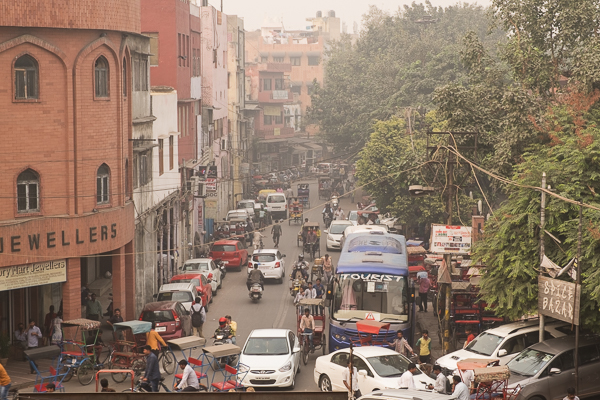 If you were to watch the traffic in Delhi, you’d think there would have to be accident within every mile. We didn’t witness one mishap in Delhi.

It’s as if the blaring horns create their own language, uniting the city in managed chaos.

Our guide joked that driving on the left side of the street was optional. We saw that on the roads and highways we shared with the cars, motorbikes, bicycles, motor- and foot-powered rickshaws, and horse- and camel-drawn carts throughout India. For added thrills, the occasional wayward cow made for an interesting mobile roadblock.

On those streets, we also witnessed the full range of economic and religious diversity.

While there is poverty, entrepreneurship is alive and well as people work to sell just about anything possible. Religion also is on parade, as you watch sari-wearing and bindi-marked Hindus, turban-wrapped Sikhs and burka-clad Muslims walk the streets. 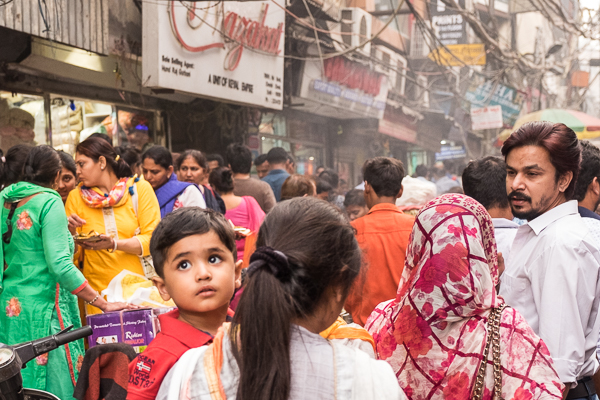 Traveling through Old Delhi was one of the most fascinating and exotic parts of our trip. Stop-and-go traffic put us right in the middle of the action. 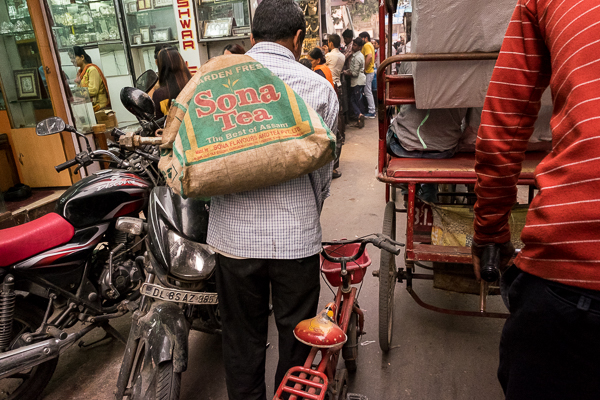 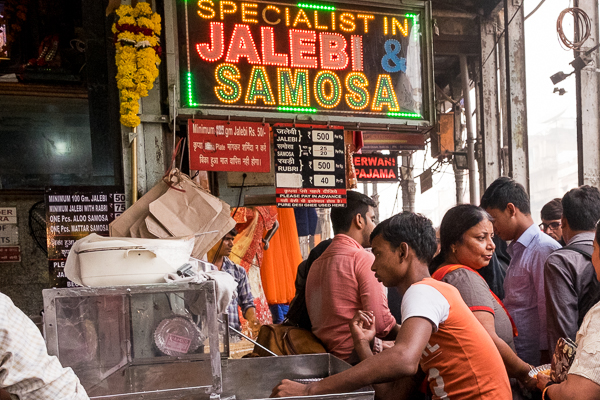 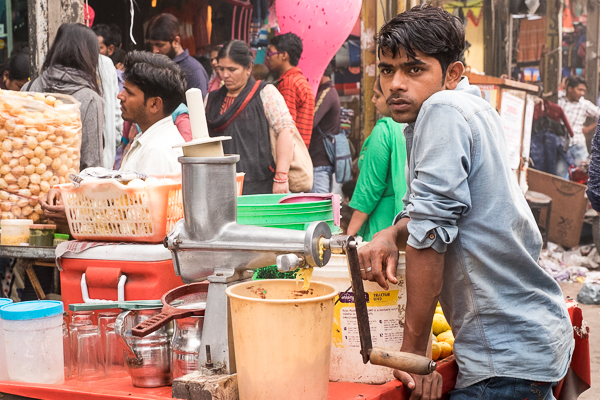 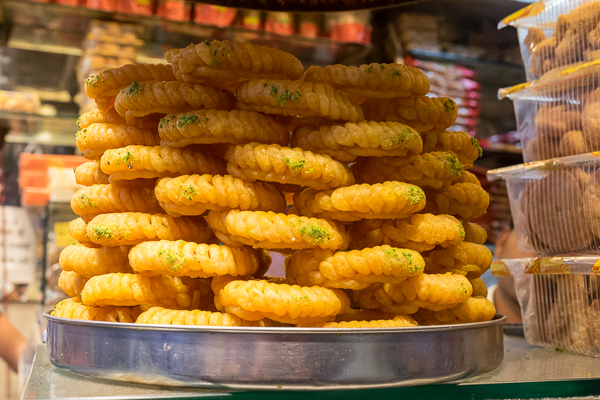 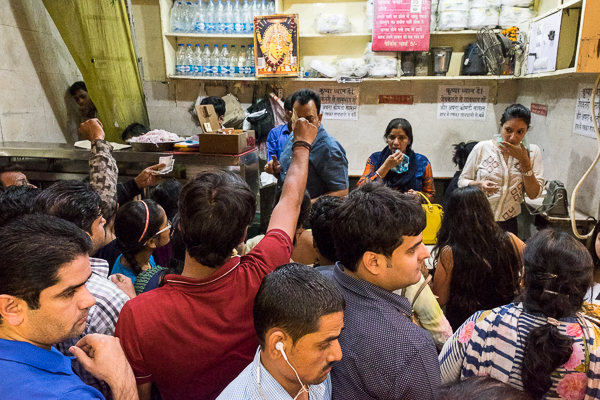 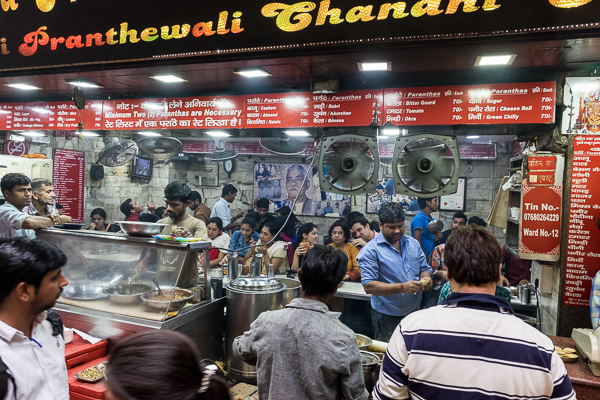 If you’re in Delhi, make it a priority to hire a cycle rickshaw driver to explore this historic section of the city. I wouldn’t have felt comfortable doing it without having our guide there to negotiate the fare and “organize” the ride. A guide helps you navigate the maze of streets and prioritize the sheer volume of places to see. 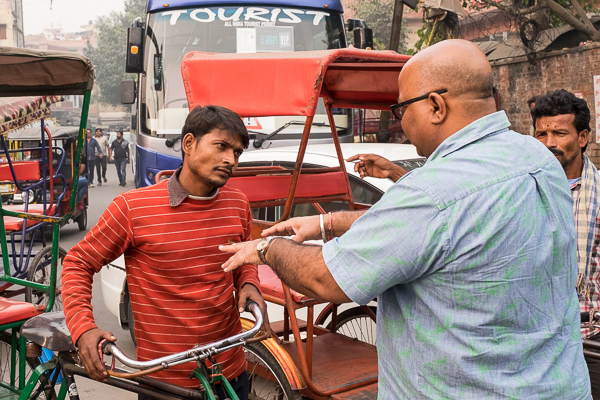 We watched as people sold their wares, carried huge loads of varying freight atop their heads, cut hair from makeshift stalls set up on the side of the streets, and socialized over an assortment of delicacies. 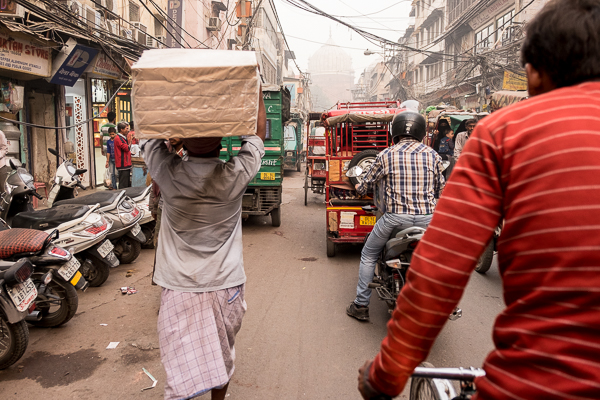 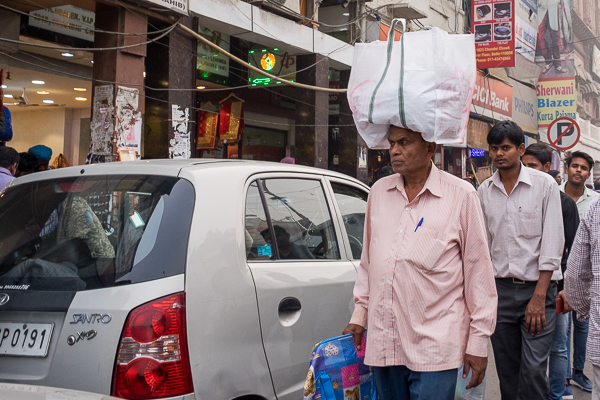 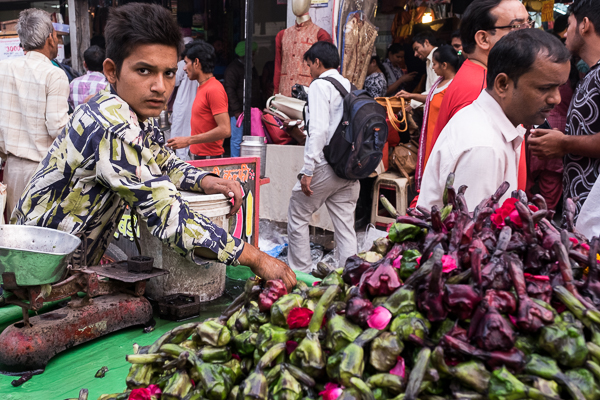 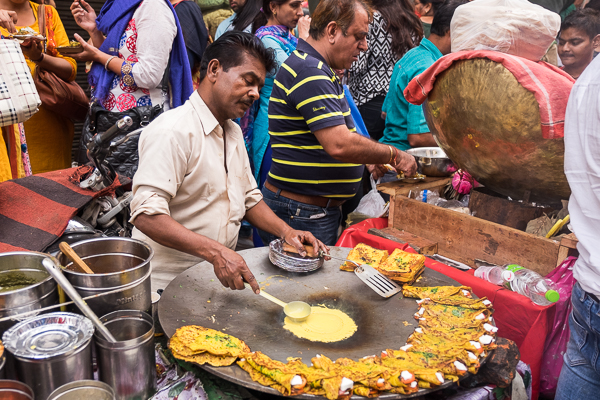 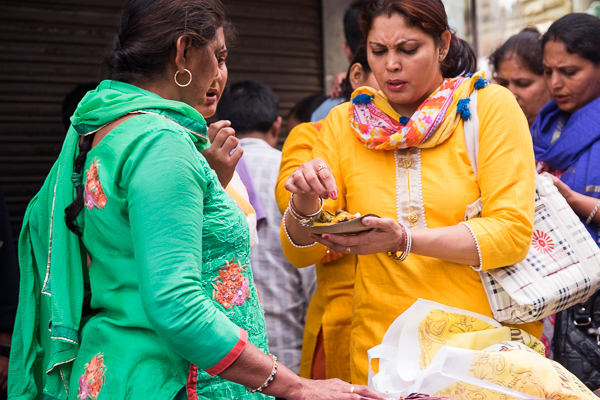 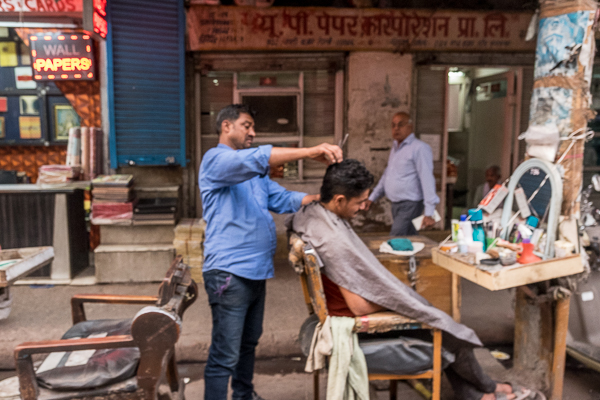 What feels like chaos to us is normality to Indians. They embrace it. Roll with it. Are unfazed by it.

What does that say about us? I imagined they would be just as flabbergasted to walk through the gleaming and plentiful store aisles of an American megastore. In a display of excess and instant gratification, appreciation of our abundance and the ease of acquisition can get lost in the organization.