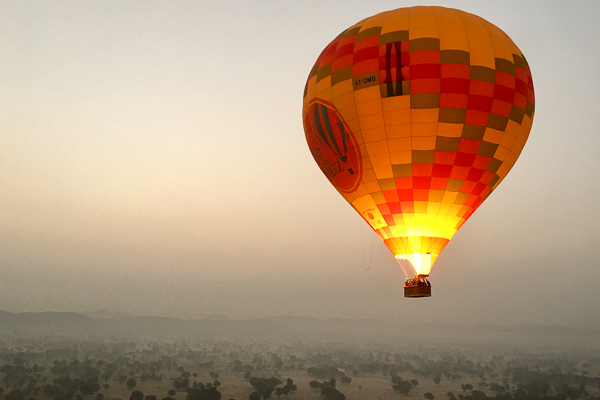 Anytime a vacation itinerary requires a 4-something wake-up call, I begin questioning the merits of the venture. I’m not lazy. I’m just sleep-deprivation averse.

After a rapid deployment out of bed and quick coffee, we met our driver to begin our dark journey through the streets of Jaipur, India. It seemed most of the city was already up, with people stoking their curbside fires and preparing their breakfasts.

About an hour into the drive on the outskirts of Jaipur, we exited the highway and began traversing bumpier and rutted dirt roads that did nothing to comfort my coffee-filled bladder. My husband and I began shooting each other dubious looks. Was this experience really going to be worth it?

Then we began to see a glow. 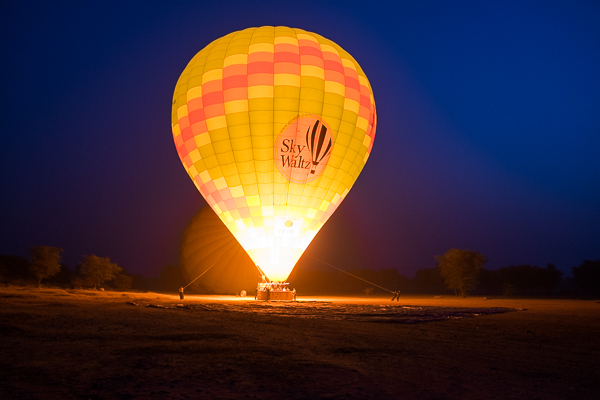 A mega multicolored balloon lying on its side was starting to fill, piercing and warming the cool morning’s dark veil. We listened to the hum of what sounded like a generator as the ground crew pumped air into the balloon’s nylon fabric envelope.

We were assigned to the first and largest balloon, which accommodated 16 of us.

After boarding our quadrant of the basket and as the pilot continued to fill the balloon, I realized the chill in the air wouldn’t be a problem. I already felt a comfortable warmth from the burner positioned at the center of the balloon.

We slowly began rising along with my fears. For someone who is generally skittish of flying, it takes a mental leap of faith to board a hot-air balloon. During our flight, we skirted mountain ridges that somewhat rattled me. 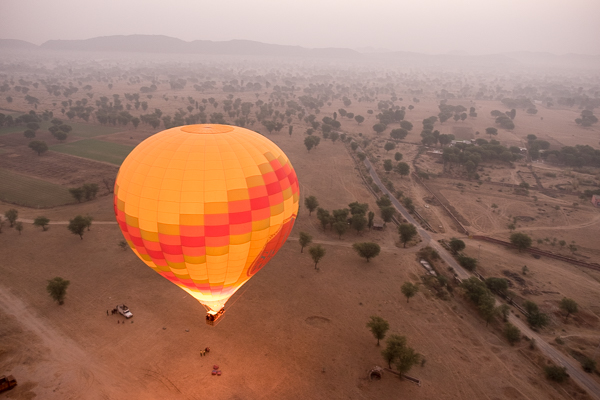 In the hazy outline of hills as the sun rose, the pilot rotated the balloon to give everyone ample photo ops. 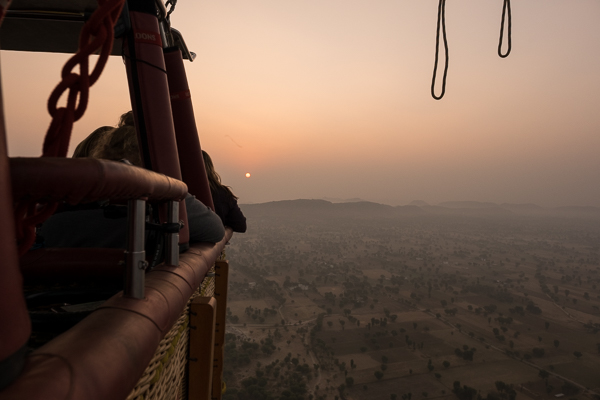 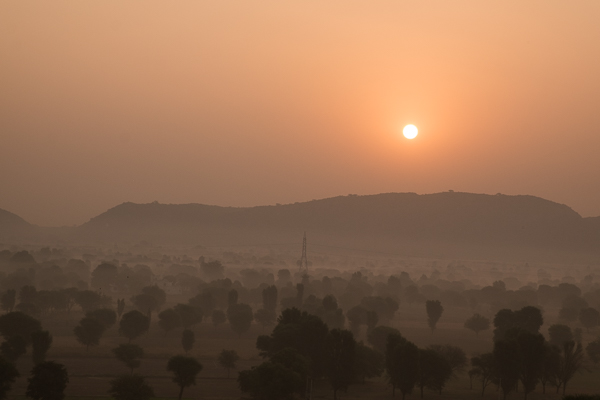 In the distance, our sister balloon floated and danced. Its fiery glow flickered on the horizon like a lighthouse providing safe passage. 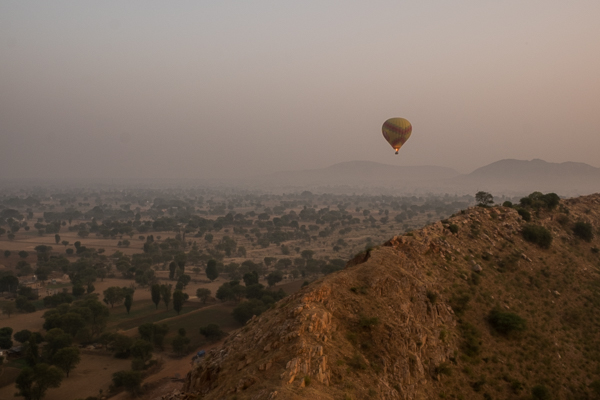 After taking in the views around us, our pilot began lowering us within waving distance of local farmers.

That’s when the best part of the show began as smiling faces looked up toward us and people of all ages waved enthusiastically. I’ll never forget the expressions of wonder, curiosity and satisfaction on their faces. 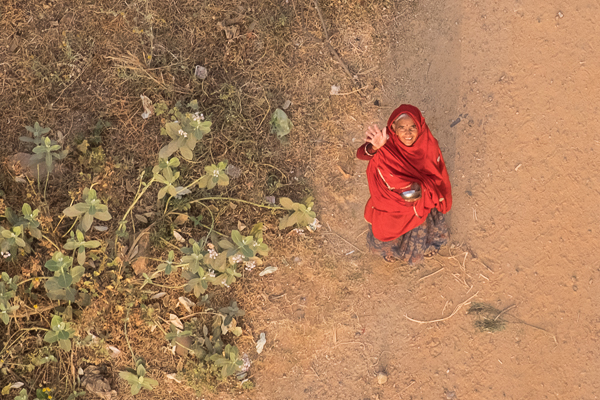 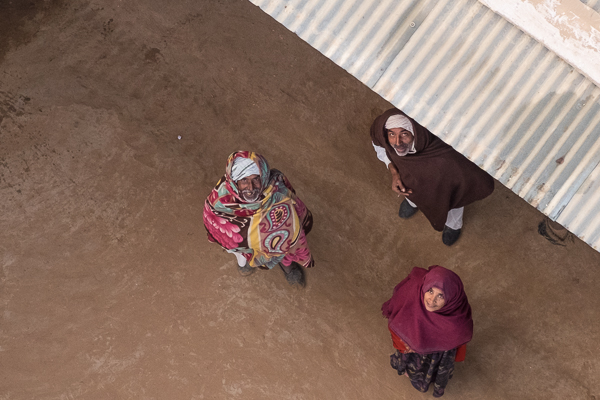 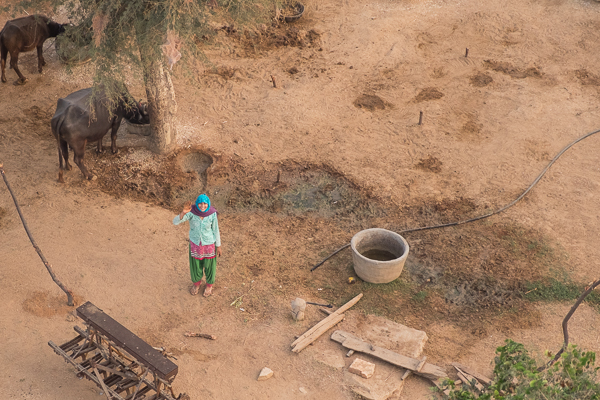 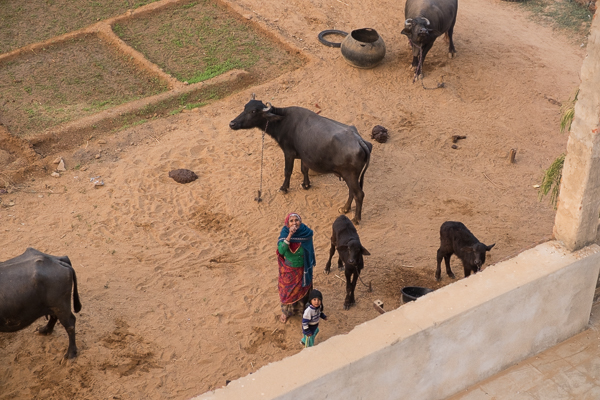 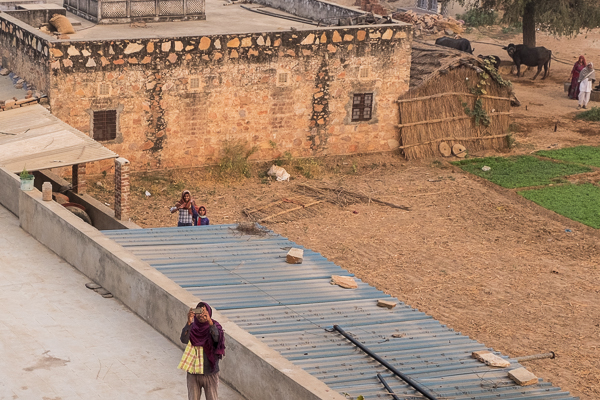 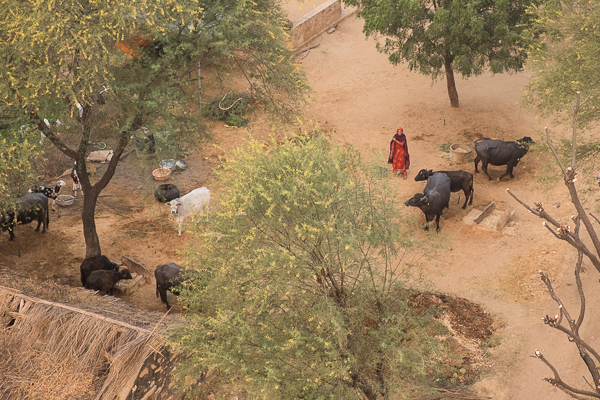 As we disembarked from our sturdy straw basket, locals came on foot and motorcycle to greet us. With few words shared between us, smiles became our medium for understanding and fellowship. 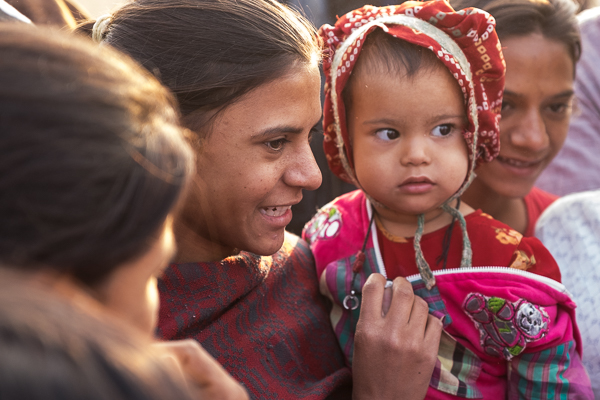 There were older men carrying hookahs, children securely hanging onto their parents’ clothes and milling about, and women wrapped in colorful scarves holding their sons and daughters. This endearing scene of community will last a lifetime in our memories. 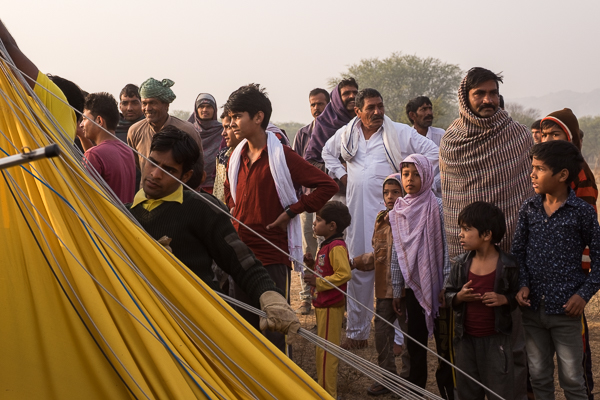 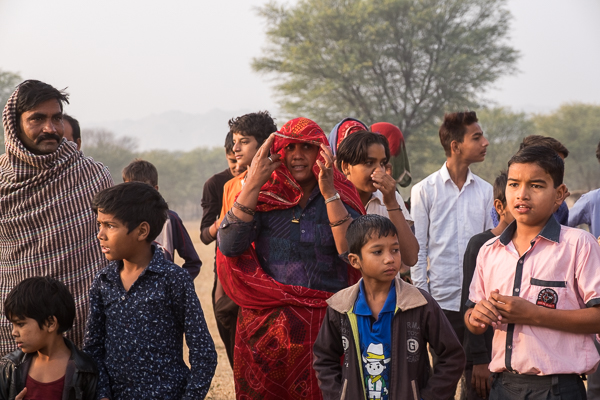 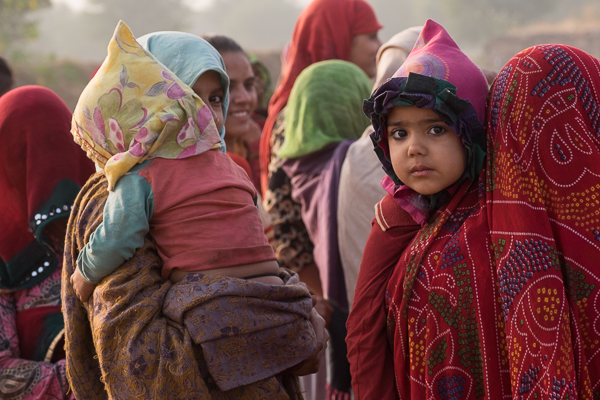 We were lucky enough that the balloon pilot hitched a ride with our tour operator driver back to his company’s offices on the way to our hotel.

With years of experience flying all over the world including his home country of Spain, the United States, Canada and Europe, the pilot landed on India as his new home away from home. It took him and his wife some getting used to, but now they wouldn’t trade their life in India for anywhere else.

“Why is India your favorite place to work in this business?” we asked. It’s the people, he explained.

Outside of India, a balloon operator landing in the middle of someone’s pasture is more likely to be greeted by an angry landowner. In India, the greetings are always the same. Smiles and invitations to have tea in their homes are the typical response.

I never thought an experience of lifting off into the sky would end up making me feel so much closer to a community of people. Our hot-air balloon ride was the perfect combination of thrills and heart-warming chills. Thank you, India, for an amazing ride. 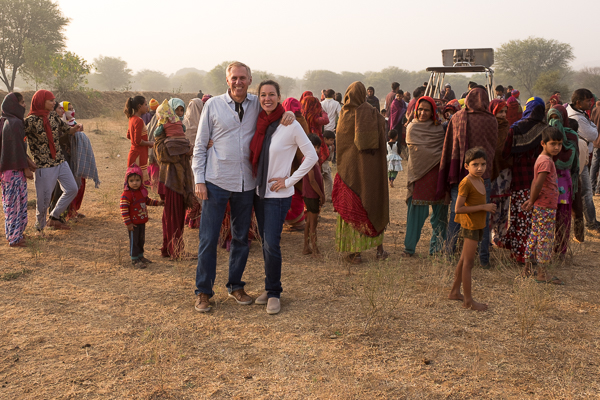