Variety is the spice of life. For me, that same philosophy applies to hikes.

I like to cover diverse terrain when choosing a trail. It’s not a decision I take lightly. You never know when you might return to a place and there are usually more hikes than time available.

After hearing my husband and I contemplate our choices with the concierge at Jenny Lake Lodge, another guest directed us to Taggart Lake Trail in Grand Teton National Park. It fit the bill. 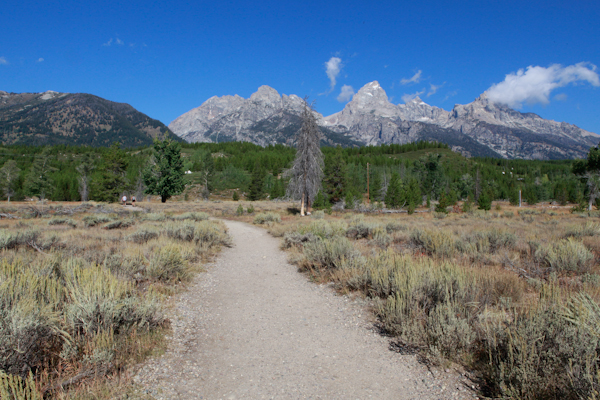 We planned to travel the trail in a clockwise direction, but missed our turnoff and ended up taking the counter clockwise path. A lucky turn of events for us. 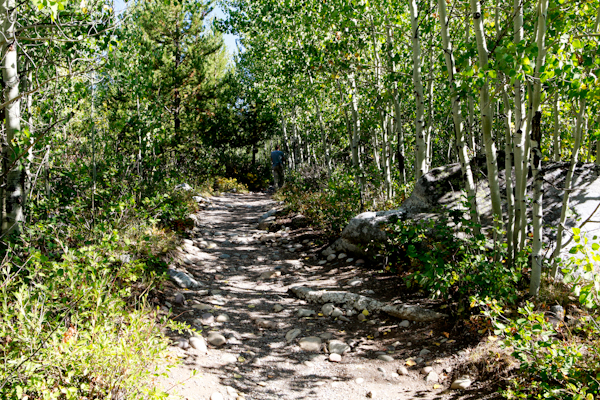 I love a trail that leads you through a series of tree groves - like this one of aspens - and rewards you with grand vistas.

Along the way we followed and crossed a creek. 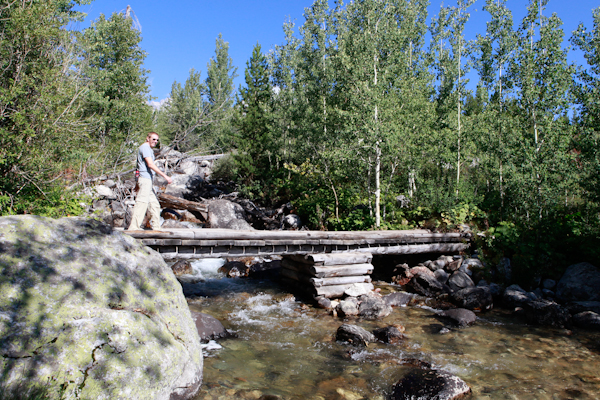 We kept walking toward the jagged outline of the Grand Teton range as clouds playfully obscured and revealed its peaks. 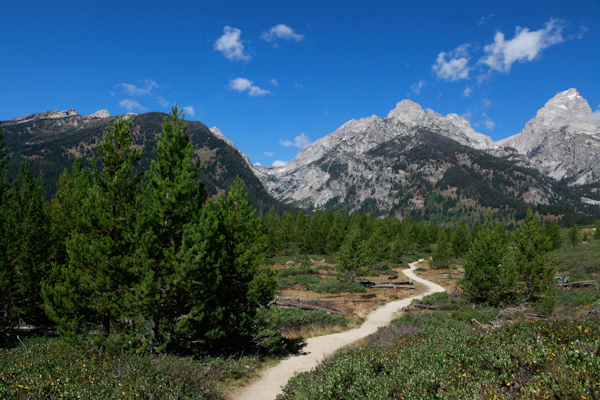 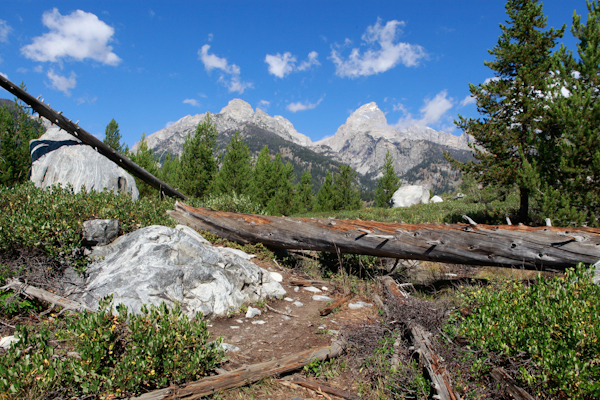 We stopped to smell the huckleberries, harebells and other interesting flora along the way. Knowing my husband was armed with bear spray comforted me as we continued to run across fields of berry bushes. 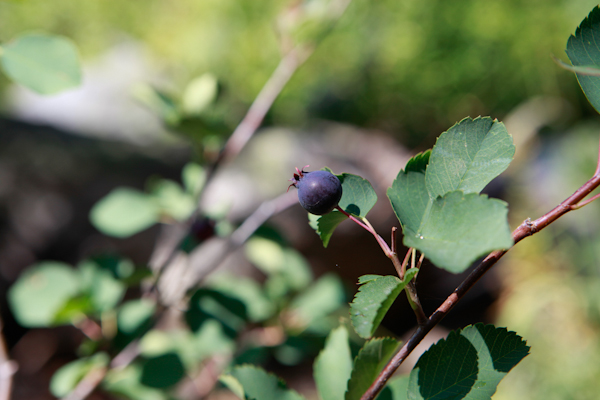 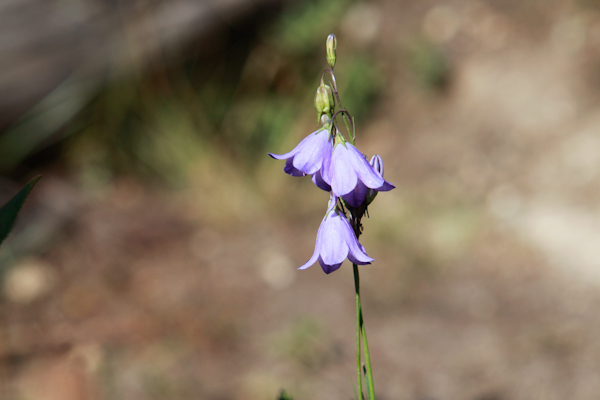 We found our own spot to take in the beauty of Taggart Lake in the middle of our hike. 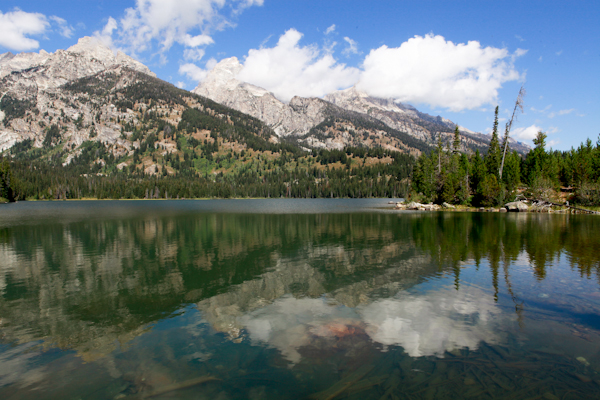 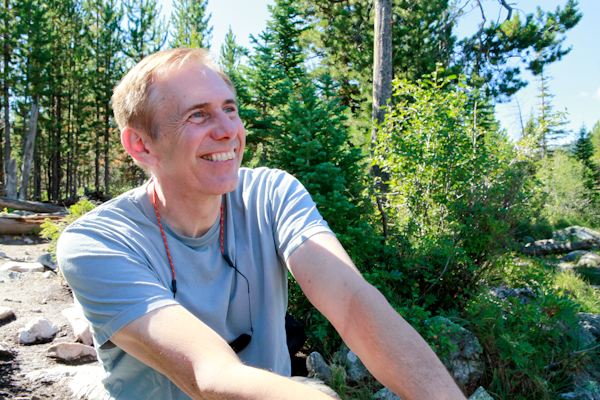 According to a pamphlet we picked up at the trailhead, the Hayden Survey party of 1872 named Taggart Lake after one of its members. Located at an elevation of 6,902, the lake was formed by a glacier flowing from Avalanche Canyon. When the glaciers emerged from the mountains, they gouged out basins and deposited ridges of rocks and soil, called moraines, around their edges. As the glaciers melted and retreated, water filled the basins damned by the moraines.

Like a canvas, the lake’s crystal clear water beautifully reflected its surroundings. 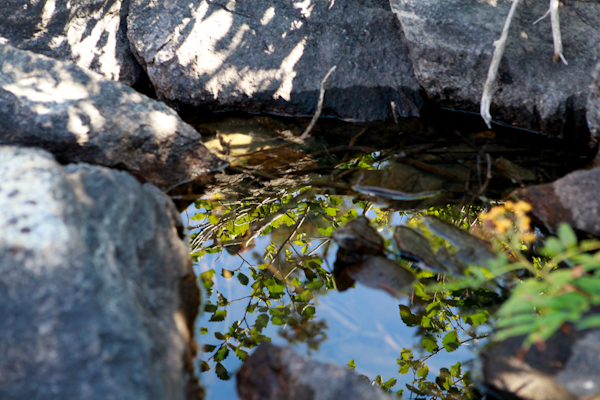 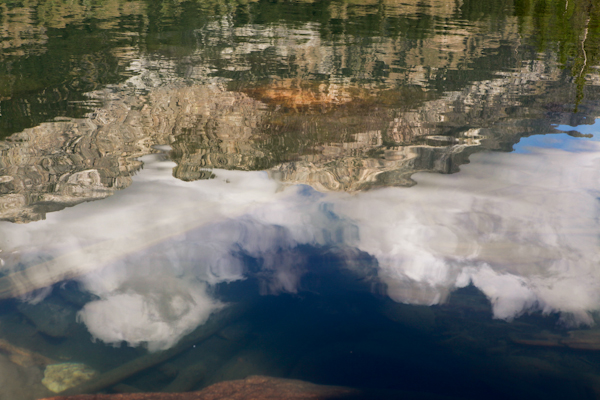 After a bit of an ascent as we left the lake area, fir- and pine-paved paths led us to another stunning meadow and views. 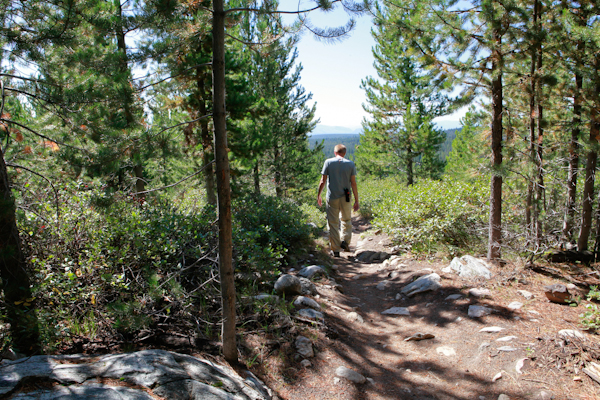 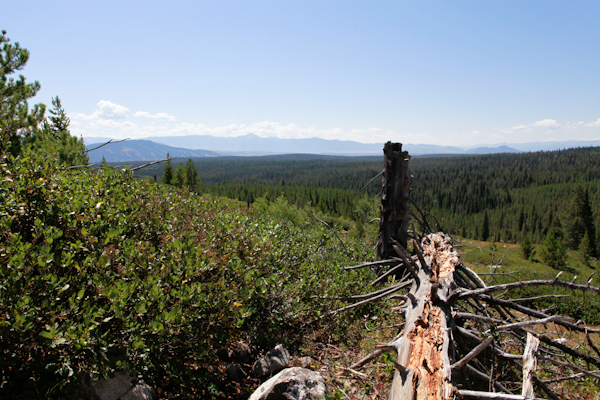 The next time you find yourself in Grand Teton National Park and crave some variety, kick it up a notch by hiking Taggart Lake Trail. For this hiker, it’s the whole enchilada.