Living the good life in Paris can be as simple as lingering in a park with a fresh baguette, assortment of cheeses and inexpensive bottle of côtes du rhône.

If you want to kick it up a notch to experience the good life through the lens of Paris’ rich and famous, three museums paint a vivid image.

Less trafficked and equally, if not more, engaging as the museum biggies, these three give you a much more intimate feel of what it meant to live the high life in Paris centuries ago. 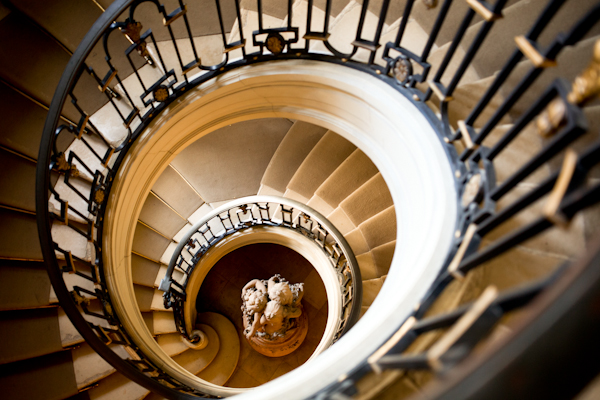 Walk in the shoes and feel the banker-turned-collector’s passion for 18th century French furniture and art at Nissim de Camondo Museum.

Modeled after Petit Trianon in Versailles and designed in 1911, Moïse de Camondo’s mansion is just the ticket for transporting you to other-worldly, highfalutin living.

Despite it housing centuries-old furnishings and art, the architect incorporated modern-day conveniences into the design. Its kitchen, lined with copper pans and enormous stoves and ovens, is a workhorse that would be the envy of any chef today.

With great wealth came tragedy for Moïse de Camondo, who was born in Istanbul into a Jewish family that owned one of the largest banks in the Ottoman Empire. He bequeathed his home and its contents to the government for a museum named after his son, Nissim, who died in World War I. Moïse’s daughter, son-in-law and their children later died in Nazi concentration camps.

Putting aside its sad story, walking the halls of this belle époque mansion is pure, sumptuous pleasure.

Another banking magnate, Edouard André liked to spend his money acquiring art displayed in his 1875 custom-built mansion. He met and married his match, Nélie Jacquemart, a well-known artist who first got to know Edouard when she painted his portrait.

What followed was a shared love affair in art and travel.

Take a look at what they dedicated their time together to acquire at the Jacquemart-André Museum. It’s another entertaining escape to another life a lifetime ago.

Paris’ history is alive and well at Museum Carnavalet.

The museum dedicated to telling Paris’ story is housed in a building with its own rich history. The president of the Parliament of Paris first built it in 1548. Additions and embellishments transpired as it changed hands from wealthy residents to educational institutions to eventually the city, which allowed it to open its doors as a museum in 1880.

Several expansions and the addition of a neighboring town house later, the museum now has some 100 rooms in styles stretching from the 17th to the 20th centuries.

The portraits of famous Parisians and their refurbished rooms sucked me into their lives like a Lifetime movie. (Yes, Lifetime movies still have that kind of addictive power over me.)

As I studied the famous people’s expressions and the objects displayed in their rooms, I felt as if I was being let in on their secrets. An excellent audio guide also helped fill in the gaps.

We came for the museum’s French Revolution exhibit, which happened to be closed. We discovered much more than we expected about the city's transition from its monarchy roots.

Our next trip to Paris will include a return visit to this museum for another French history lesson in a grand setting.

Beauty: A common thread in the good life

Living the good life has meant many things to different people throughout France’s history.

While a life well lived has taken on many forms, beauty is the common thread that ties them all together.  Whether low budget or high end, beauty is in ample supply in Paris.